The AAAS (American Association for the Advancement of Science) recently put together a webinar presentation entitled: Water in a Dry Land: Can Innovation Drive Water Security? It was originally aired: Wednesday, 13 November 2019.

The participants were mostly from the Middle East, a Region that poses a nightmare in terms of securing water for people and industry, much less agriculture. I knew from previous studies that the ground water in the aquifers in much of the Arabian peninsula are non-recharging or recharge very slowly. I recall that many of the Gulf States use seawater desalination for their fresh water supply.

The panel discussed how Qatar, in particular, has a per capita usage of water nearly equal to the United States, which has the highest in the world. They discussed how the oil wealth of the Gulf Nations results in a high standard of living and this results in lavish personal water usage. Their concern was how to dial back usage as the population increases in order to maintain fresh water generation and supplies.

It is good to pay attention to the Middle East to get a handle on where the rest of the world will have to go in the field of water conservation. The Israelis pioneered drip irrigation for agriculture, which is gaining widespread usage in the rest of the world, displacing the old method of irrigation rigs that spray water to apply it. I’ve noticed many of the big circular path crawler style irrigation rigs in the U.S. retrofit with dangling sprayers to deliver something more toward the drip irrigation style that we are moving toward.

In the U.S., 30% of our water usage goes toward meat production. This becomes a major price for beef producers. Many are looking at ways to drop the costs of supplying water, or in some cases, securing sufficient water to sustain a herd. Confined livestock operations are becoming more common in the U.S. and concentration of livestock also entails concentration of waste or nutrients, depending on how you look at it.

Smartflow Technologies has a technological answer to this situation. See: http://www.smartflowindustrial.com/nutrient.html

Producers are primarily concerned with concentrating and processing nutrients. The bulk of the water usage is tied up in the waste/nutrient stream. Our efforts at concentrating the manure naturally led to extracting the water. We found that a simple RO system was all that was needed to reuse the water. At one recent site, they determined that they could recycle 80% of the water, a significant savings. This also results in simpler digester design or lower transportation costs, depending on how the waste is to be further processed.

Co-locating algae farms downstream from major confined livestock operations seems the logical next step. Algae farms will need food for their algae. Our Smartflow Technology could easily provide adequate bacteria reduction to allow waste to become purified nutrients suitable for rapid growth of the algae. A dairy farmer and an algae farmer could form a symbiotic relationship where each supplied what the other needs. I expect that much of the algae production will go into animal feed, but there are many products we could grow out of algae, including biofuels.

Confined livestock operations are coming under increased scrutiny as the public concerns about they facilities continues to rise. Ironically, the concentration of livestock makes eliminating (actually, reusing) the waste more cost effective. There will be a time when the greenest methods of meat production will be in confined operations. We hope to partner up with such sites and provide the tools to become more profitable and use less water.

About the Author: Mike Jones 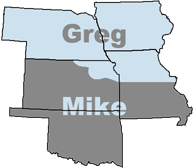